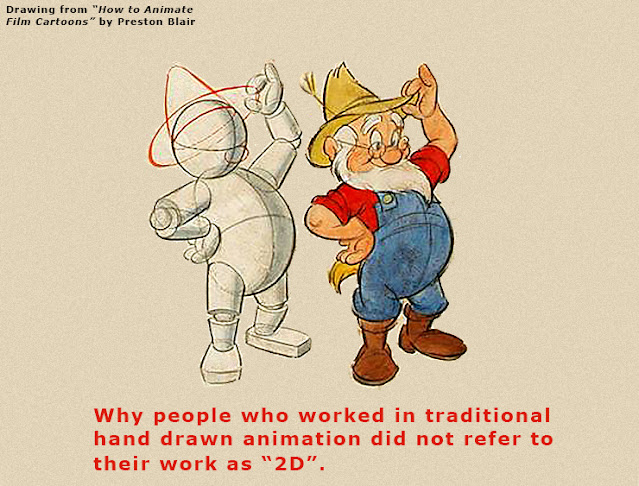 Before the mid-to -late 1990's I never heard anyone refer to hand drawn animation as "2D" .  In fact , most of us were endeavoring to draw our characters with solid construction so the illusion of the character existing in 3-dimensional space was convincing.

In traditional hand drawn animation it's all about making the drawings look dimensional , as if these characters exist in real space.  They're not "2D" characters existing on a flat plane.   We draw characters with 3D shapes, not 2D shapes: Cubes , Spheres, Cones, Cylinders , not  squares, circles, triangles, rectangles. 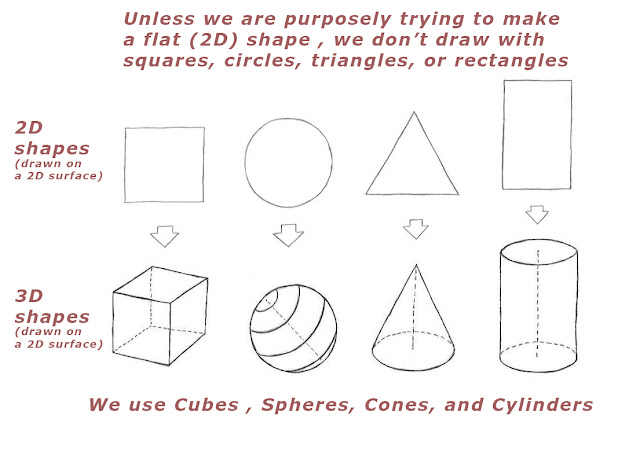 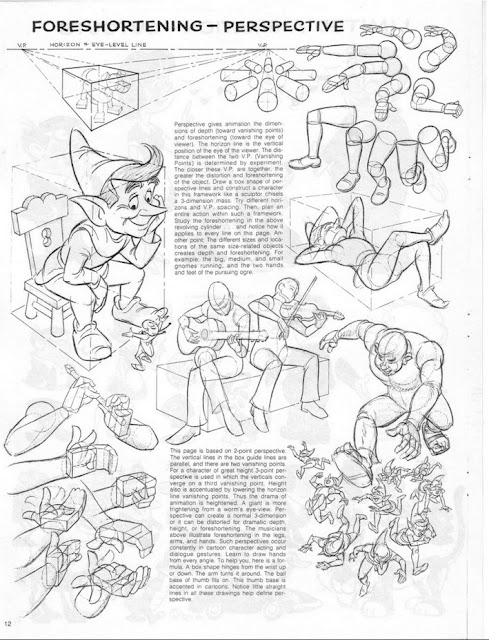 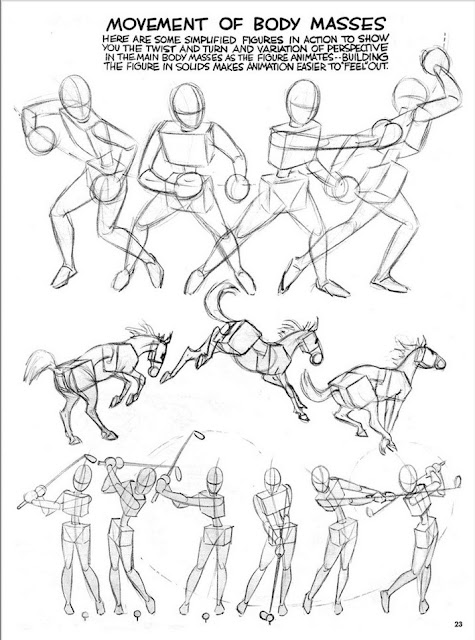 These drawings by Preston Blair reminded me of why we didn't ever think of our work as "2D".   I still do not like the term "2D animation".   I prefer the term hand drawn animation or traditional animation.

I'm reminded of Gene Deitch's video from 2009 where he discussed this at length.

“The core of my speech is a pitch for the survival and eventual return to primary favor of “drawn animation.” (Don’t provoke me by mentioning the term “2D” in my presence!)

“I am here to raise a cheer for what I prefer to call Drawn Animation. We who have been raised on the tradition of animated drawings, attempting create what Frank Thomas and Ollie Johnston called, “The Illusion of Life,” have been more and more pushed aside and given the demeaning title of “2D” animators.   I am quick to remind you that anything projected onto a flat movie screen is essentially 2D. It’s a meaningless term. I repeat that the entire world of graphic art, every drawn or painted style can be animated in any fanciful way, which in turn would lead to the widest range of storytelling and endless visual variety.”

The entire speech is on Cartoon Brew in written form:

Unfortunately the video of Gene delivering this talk is no longer available to view on Cartoon Brew.  It's marked on Cartoon Brew as a "private video" . That's a shame , because it is worth revisiting , or watching for the first time if you've never seen it.

Animation and Drawing Software I use and recommend