The animation in Dawgtown will be traditional, hand drawn animation, but will be produced digitally with TVPaint Animation , with Background art in Adobe Photoshop , and also some CG elements (vehicles and props) .

Dawgtown is the story of a young Pitbull named Max who is taken from his owner and thrown into the brutal world of underground dog fighting. As a competitor in the most well-funded pit-fighting organization in the world, he becomes a sign of hope to the others, and must lead them in a dangerous fight for freedom. It’s Gladiator meets Animal Farm. “I’ve been researching this subject for years,” says director Justin Murphy, “and talking with various rescue organizations. In order to protect their anonymity, I cannot name them, but they’ve been involved in some high-profile rescues, including busting up Michael Vick’s operation.” Refreshing about Dawgtown is that it is being produced in the style and technique of traditional hand-drawn animation, which audiences are seeing less and less of these days with the proliferation of CG. “This is indie filmmaking,” Murphy continues, “it’s done all the time with live action, why can’t it be done with animation? We have the talent on board, and the technology makes it affordable now. This is PG-13 material, and it deals with socially relevant issues about animal cruelty and the abuse of power.” The filmmakers are seeking to raise the $75,000 in pre-production money through Kickstarter. This will enable them to hire the actors needed for the voiceover (one of which includes an internationally known talent) and complete the storyboards for the entire film. The project runs from September 20 - October 20. A portion of this fundraising effort will go towards Pitbull rescue organization efforts. 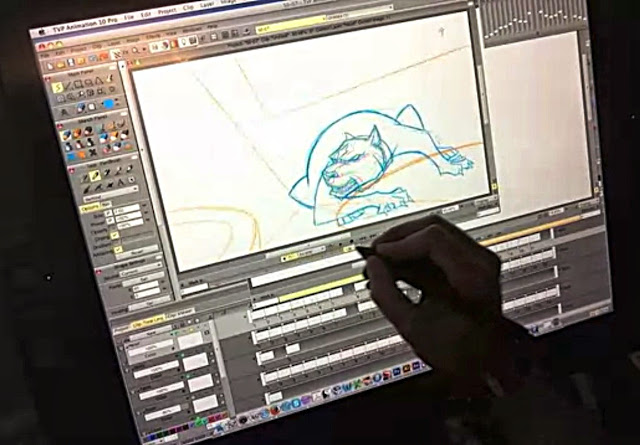