A Forum for Classical Hand-Drawn Animation 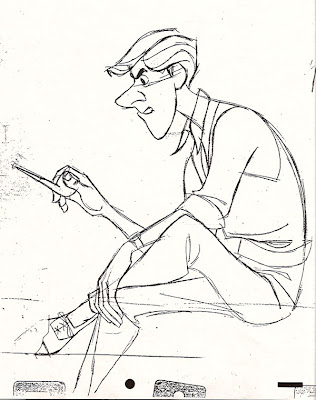 We called it,  in our quaint Oriental tongue,  Çizgi Film Bayrami, which clumsily translates as "Line-Film Holiday" or something ... "Line-Film" being what we call this kind of film. English lacks a direct equivalent, and the more generic term "animation" might have even facilitated the CG takeover ("it's all animation, isn't it?")
Think of our concept of "line film" as closer to the French "dessin animé" ("animated drawing") -  it's French, language of culture, so it probably has more weight in the argument. Which argument?  Why, that hand drawn animation is a distinct art form, and not simply a step on the way towards something else. "

That is a good distinction and I wish the English language had such a term as "Line-Film"  or  "le dessin anime" to denote animated drawings.

I usually try to make the distinction by using the terms "traditional animation" or "classical animation" , or "hand-drawn animation". The one term I do not care for as much , but seems ubiquitous now is "2D Animation" . Animation can be completely CG , but also be 2D (such as vector-based animation in Flash or ToonBoom) .   For better or worse the Academy of Art University has designated our department as the "2D Animation Dept." , so that's the term I have to work with for now.  (hence, I am the Online Coordinator of 2D Animation at AAU ).
But what we're really talking about here is animation that is expressed through drawing.  That's not at all to disparage CG animation or Stop Motion puppet animation, etc.   However,  the ascendancy of CG animation has unfortunately led to the widely held  perception that Tash mentions:   that hand drawn animation is "simply a step on the way towards something else" rather than being a distinct art form in and of itself.
Posted by David at 11:25 AM 8 comments:

Milt Kahl scene -- where does it come from ?

I found this Milt Kahl scene from "The Rescuer's" posted on YouTube.  My question in the title -- "where does it come from?" -- doesn't refer to the film ; I know it's from "The Rescuer's".
But as far as I can see this shot is not in the final version of the film, but it feels to me like I remember seeing it  (in color) in the original theatrical release of the film.  But this scene is NOT in the DVD release of the film.  Was it cut out for some reason or is my memory playing a trick on me and this shot was never actually in the theatrical version of the film ?
Does anyone know when or why this scene was cut out of  "The Rescuer's"  ?


(there's no sound in the clip posted on YouTube. What are they saying ? Anyone know ? )

Here is another very similar set up , from the work-print of the sequence included on the extras of the Frank & Ollie documentary. This scene is in the final film .

(does anyone else see the one-frame camera shooting mistake on Medusa's hand at the very end of the scene ? That was fixed before the scene went to final color.)
Posted by David at 12:32 PM 1 comment:

A Day For Hand Drawn Animation

*UPDATE:  Jeff Treves dropped by and left this comment below:

"The festival was great! We are trying to make it even bigger for the next year. Here are some photos for those who are interested. " --

-----
I enjoyed seeing the photos.  Jeff and some others may enjoy seeing this photo of Tahsin Özgür taken at Sheridan College in 1982 .  (not that long ago , right , Tash ?)
(click the photo to see it larger) 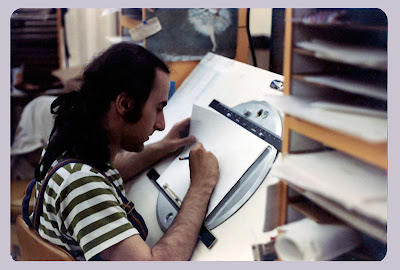 "As in previous years we at Anadolu University and Maltepe University are observing Nov. 18th, anniversary of the release of Steamboat Willie, as a day to celebrate traditional hand-drawn animation.

This year our special theme will be Frank and Ollie, since Ollie Johnston passed away since our last celebration. Please join us in our celebration."

My friend Tashin Özgür has reminded me that he and his wife Lale have started a tradition at Anadolu University and Maltepe University to observe November 18th (anniversary of the release of Steamboat Willie) as a day to specifically celebrate traditional hand-drawn animation. An excellent idea and one that I heartily endorse . Hopefully this will become an international movement among all who cherish the art of hand-drawn animation.

If you can't sit down to re-read "The Illusion of Life" this week, at least put in the DVD of the movie "Frank & Ollie" .
(but if you haven't read "The Illusion of Life" lately, make a point to pick it up again. I guarantee you that you'll find something new and exciting that you missed before ... at least that's how I have found it each time I've returned to this foundational tome). 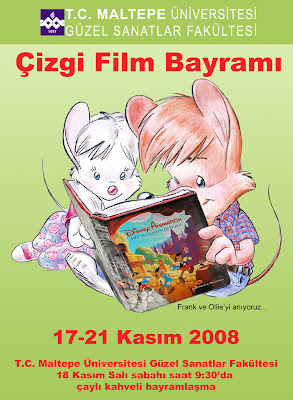 If you haven't heard this little snippet of Glen Keane's remembrance of Ollie Johnston at the Ollie Tribute , then you should really drop everything you're doing and listen to this now:
Glen on Ollie
And take a look at this too:
Posted by David at 9:54 PM 2 comments: 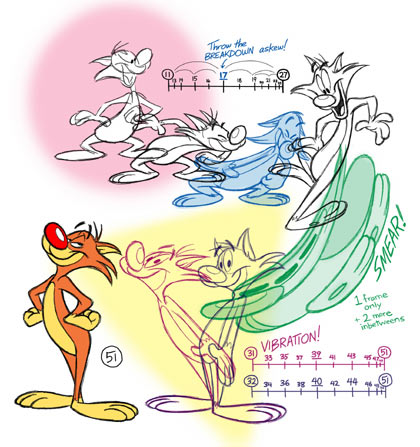 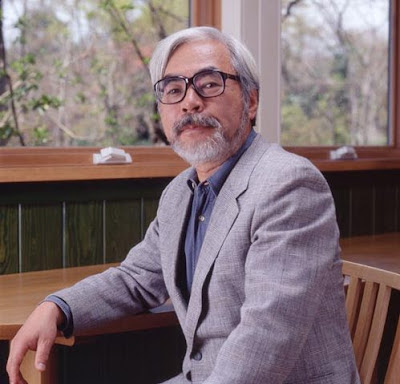 An extensive documentary film (with English subtitles) on the making-of Hayao Miyazaki's animated film "Princess Mononoke" has been posted online .  This is an excellent overview of the making of a major animated film.  Watch it while you can.  Sometimes these things don't stay up for long :