UPDATE #2 , May 26, 2012  -   Well, the IndieGoGo site shows that  POE didn't quite reach the funding goal of $13,000, but it got close.    Good luck to Michael Sporn as he continues to press forward with this independent animated feature.

*However, this just in from Michael Sporn:

"The amount shown on PayPal doesn’t reach the $13,000 goal requested, just $12,225. But several people had difficulty with PayPal and asked to just send me the money directly. With that additional $1450, we’ve definitely reached and passed the goal, and I couldn’t be happier:  $13,675."


I just donated to this project and I recommend my readers consider it.

More information in the video and at this link:

The Poe Project on Kickstarter    IndieGoGo


"The Animatic, above, is a rough representation of animation in progress. It helps us tell the story. We hope to turn the many segments started into completed animation to be able to thrust the feature film, POE, into complete production. The  money raised through Kickstarter IndieGoGo will do that for us and help satisfy the needs of the possible distributors and financiers who are already interested."


Director Michael Sporn has worked in animation since the early 1970's , first working with other notable Directors such as John Hubley and Richard Williams , and then running his own studio since the late 1970's . He also has one of the premier animation blogs which I highly recommend you bookmark and check frequently if you don't already have it: 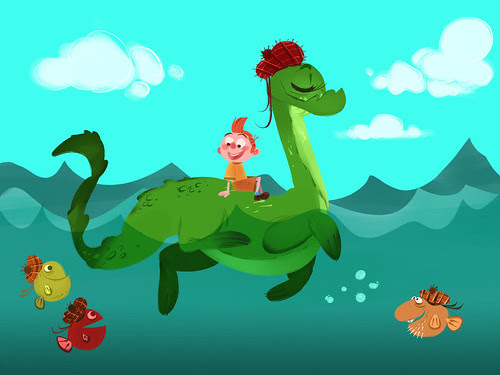 
Yet another project worth supporting has come to my attention .    Ken Duncan's studio on Pasadena, CA,  is making an interactive animated app called  "My Beastly ABCs"


Go to their KickStarter page to read all about the project .   I supported their project and I hope you will consider doing so , too.   Any donation amount would be appreciated.

I think independent projects funded via pages like KickStarter and IndieGoGo are the way hand-drawn animation is going to survive in the short term , so if you want to see this kind of artwork continued to be produced by masters of hand-drawn animation and design such as Ken Duncan , then throw some support their way.