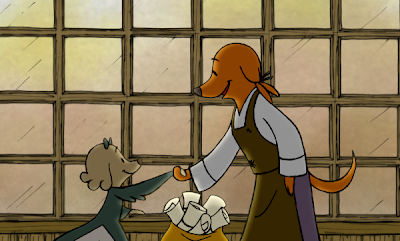 
(and check out the full crew list : http://www.pupsofliberty.com/FullCrewCredits.html . Quite the impressive pedigree this film has !)

--------
*UPDATE: There is now an interview about the making-of "Pups of Liberty" with the directors Jennifer & Bert Klein on Michael Sporn's blog. Check it out :

Many nice stills from the film are posted and Michael mentioned that in his next blog post tomorrow he will be posting some pre-production artwork from the film that the Klein's sent to him for the interview. 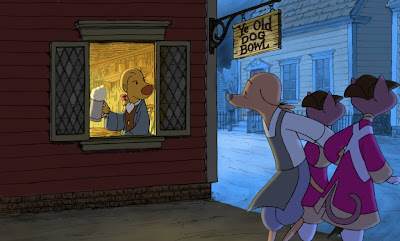 I haven't posted a classic pencil test in a while.  Here for your inspiration is a scene from Hanna Barbera's  MGM Tom & Jerry cartoons. Not sure which of the regular T & J animators did this scene :  Irv Spence, Ed Barge, Ken Muse, Ray Patterson. (or another ?)   Enjoy.

Behind the Scenes at Disney's Talent Development Program


All of our AAU Online animation students should be interested to hear this podcast interview with young animation artists who have recently gone through the Disney Animation Talent Development Program and are now working on production at Disney:

Listen to an exclusive interview as Clay Kaytis, Disney animator and creator of the Animation Podcast, talks to five young artists from Walt Disney Animation Studios.


These animators share their educational experience, what it's like to be mentored, and their journey toward becoming members of the crew with a voice in the process of creating animated films.


To hear the podcast, go to:

Check out the other great animation podcasts on the site with great animators such as Dale Baer, Eric Goldberg, Nik Ranieri,  Glen Keane, etc.

"The Apple and The Worm" , new hand-drawn feature film

The Apple & the Worm is a new hand-drawn feature film from director Anders Morgenthaler.

The film was hand-drawn, but was animated paperlessly on Wacom Cintiq tablets using TVP Animation software.

I don't understand a word of the Danish dialogue in the trailer , but it looks funny.
THE APPLE AND THE WORM TRAILER 01 VO
by Mister3ZE
Another article about "The Apple & the Worm" --Click Here --