Brand spanking new blog from the Traditional (2D) Animation Dept. at the Academy of Art University that you should check out :


It's just started, so bookmark and keep checking back for more posts soon.

First two posts have some beautiful drawings by AAU instructors: 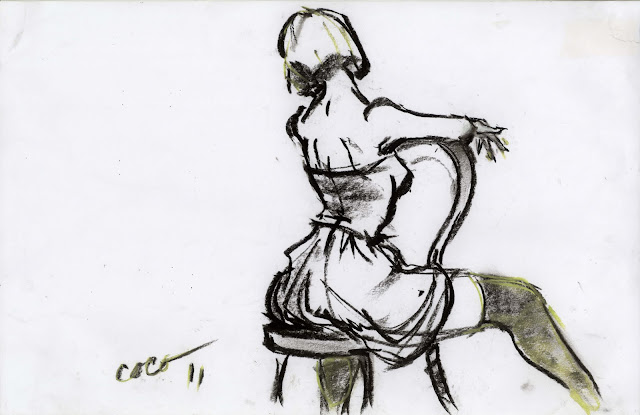 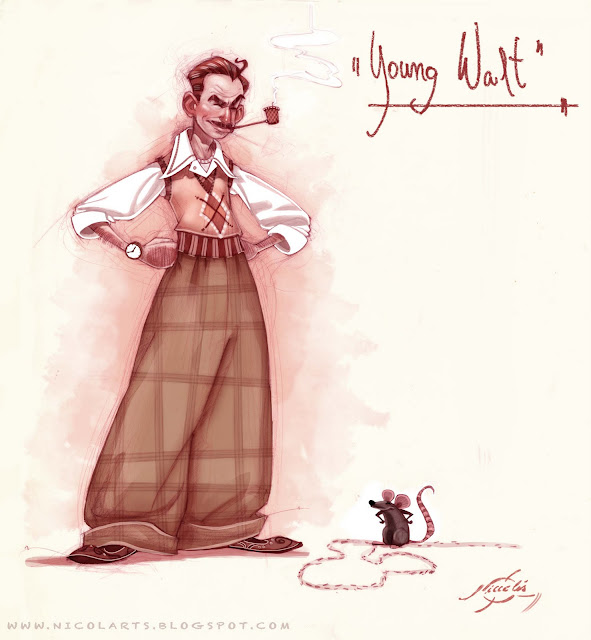 Another crop of amazingly proficient grad student films from Gobelins.

Google for the blogs of the individual students who worked on these films; some beautiful and inspiring work on their blogs.

À Travers la Brume
(Through the Fog)
Two brothers are hunting a legendary creature. As they hunt, the fog separates them...

On an oil platform, a story of friendship between two workers is compromised by the insanity paranoiac of one of them.

A blind man comes to get back his identity, stolen by an ogre while he was a child.

Banned from his town because of his animality, a wolf man decides to make this segregation come to an end.

For Eleanor, the joy of living among other people is out of reach because of her extreme introversion, she shuts herself away in a depressive routine, with her cat as her only support, until the latter, hopeless for her, decides to leave home...

A film by Chloé BURY .

Two men look at a woman. One wants her, the other one gets her.

A film by Kevin MANACH. (made in 2011 as part of an exchange trip to CalArts (California) by Kevin Manach, third-year student at GOBELINS, School of Image.)
Posted by David at 10:12 AM 5 comments: 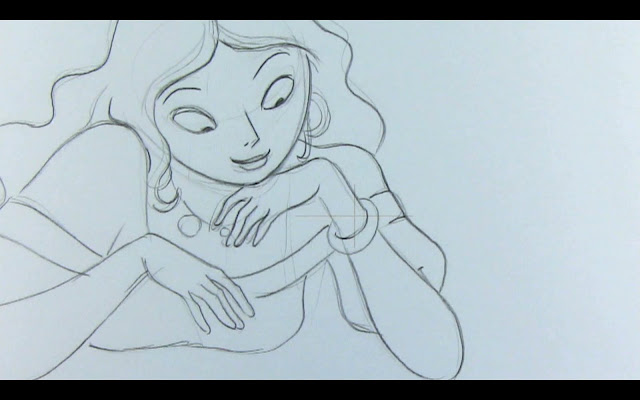 Another hand-drawn feature length animated film from France ! LE CHAT DU RABBIN .  I'll say it again:  thank goodness the French did not get the silly memo (or they ripped it up)  from Hollywood that decreed "2D is dead".

Trailer for THE RABBI'S CAT  -

There are several "Making of..." videos on Vimeo: 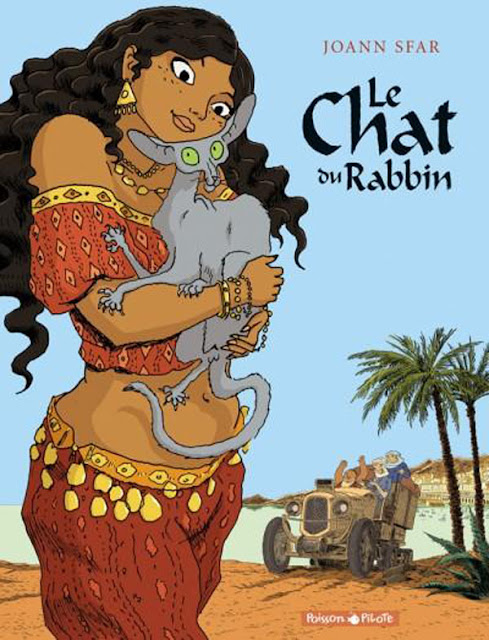 The studio Autochenille Production was launched in 2007 by Joann Sfar, Antoine Delesvaux and Clément Oubrerie with the aim to make "author-driven, challenging films to appeal to children and adults.".

The Rabbi's Cat was the company's first project. The production was made in collaboration with TF1 and France 3. It was pre-bought by Canal+ and CineCinéma and had a budget of 12.5 million euro. (17.5 million U.S. dollars)

One of the directors' sources of inspiration was American animation from the 1930s, and in particular from the Fleischer Studios, which Sfar described as characterized by multi-ethnical production crews and for portraying darker aspects of society, in cartoons such as Betty Boop and Popeye.    In order to generate more personality for the drawn characters in The Rabbi's Cat, some of the scenes were staged in a Parisian suburb loft in the summer of 2008, with props and the cast fully costumed. As the actors performed and invented their characters' personal motion habits, the design team observed closely and drew what they picked up. 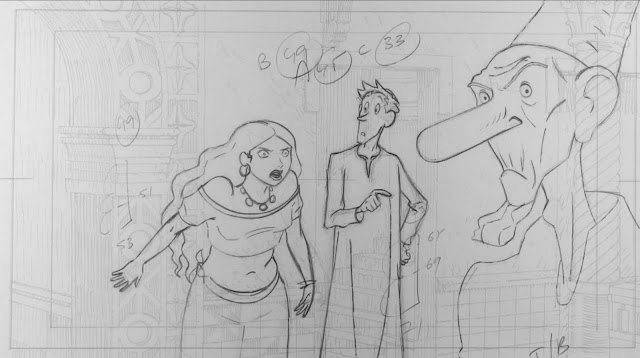 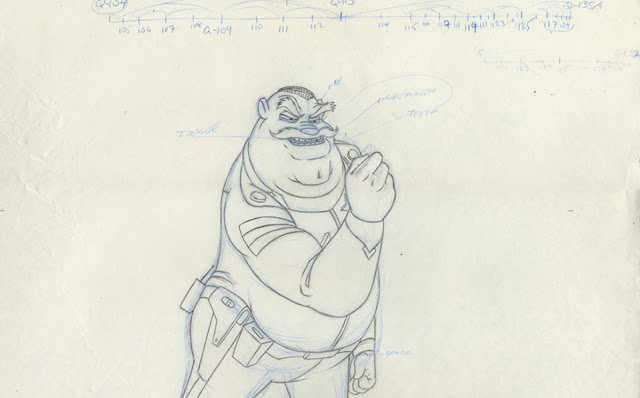 There's a new animation blog I want to recommend to you by a great animator, John Celestri. 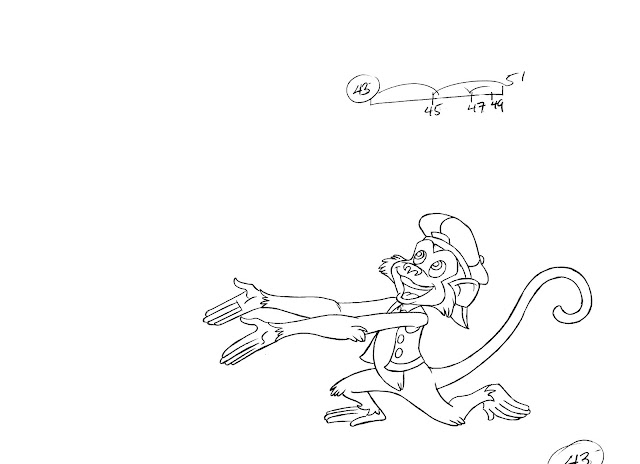 John started his animation career in his native New York City (working on the Richard Williams' feature film "Raggedy Ann & Andy", among other things)  then spent several years at the Nelvana studio in Toronto as a supervising animator on Nelvana's ambitious first feature film , "Rock & Rule", as well  the Nelvana television specials  such as "The Devil and Daniel Mouse",  "Intergalactic Thanksgiving" , "Easter Fever" (which he was also a Sequence Director on) , among others.     I don't think these Nelvana specials run on TV anymore , but I'll tell you as someone who was a teenager interested in getting into animation at that time:  in the vast wasteland that was television animation in the 1970's  these fully-animated specials by Nelvana were a bright standout , which inspired people like me with the thought that "hey, it is possible to still do full animation today, it's not just all in the past". 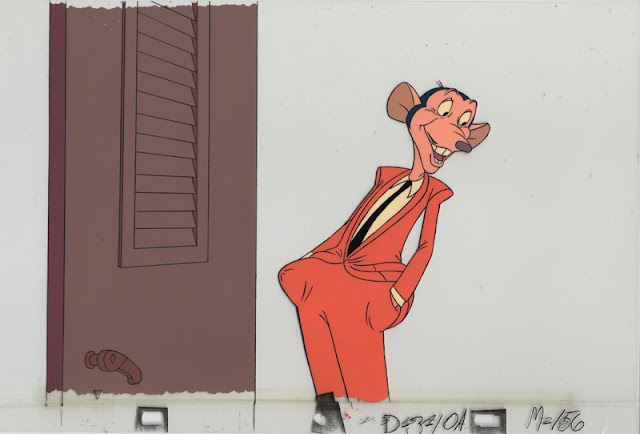 *ADD ON:  Thank you to the Anonymous commenter who posted this in the comments :


"On the old Animation Nation discussion board (which used to have many pros posting as members of the board) Dave Brewster (who is also a very fine animator) posted something about Celestri:

"He went off to pursue other things but he is one of the few animators I consider up there with James Baxter and Glen Keane. During Rock & Rule he did some of the best animation ever. Feature animation suffered a huge loss when he stepped out of the spotlight. More than just dwell on the past I pine for what could have been."

After a long stretch in the Hollywood animation industry John moved back east to work as a freelancer from his home studio.  He and his wife Cathie have also teamed up to write a series of mystery novels.   Currently John is the Directing Animator and VP of Grace Animation Studios in Danville, Kentucky .


On the blog John is sharing his thoughts on animation technique,  scriptwriting,  the relationship between art and commerce , among other topics. 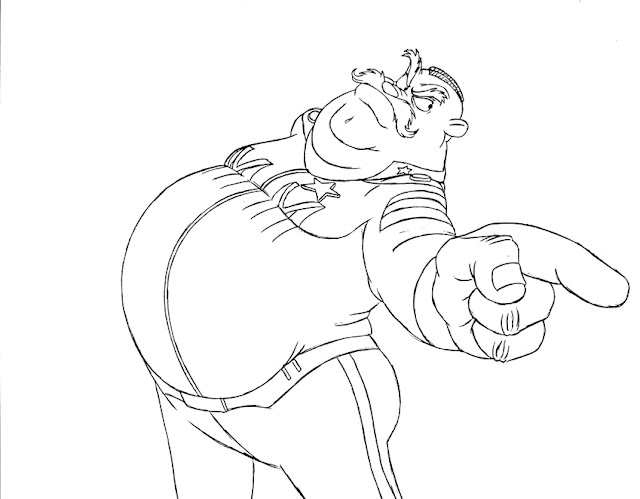