To mark the special occasion of the re-release of "The Lion King" to theaters (in "3D" ) master animator Andreas Deja has posted some pencil tests of his wonderful animation of Scar from "The Lion King" : 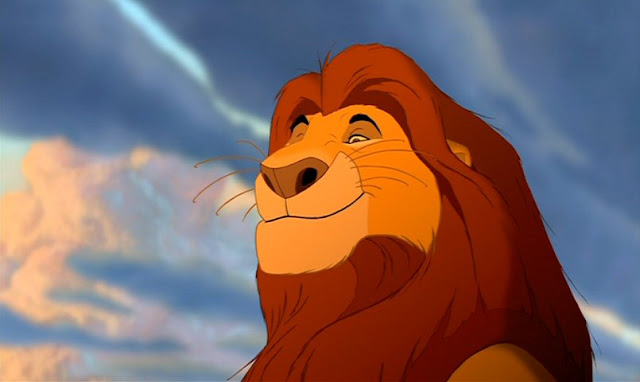 I have to say as someone who worked on this film back in 1993- '94 I'm feeling a bit of pride (pun intended) in the fact that The Lion King  was the #1 Film at the Box-office in the U.S.A over this past weekend . It took in close to $30 million dollars (which is nearly twice what industry analysts had projected) .

If you haven't seen it yet go see it now while you have the opportunity to see it on the Big Screen (as it was intended to be seen !).    It's actually playing in some theaters in conventional "flat/2D" projection, so if 3D projection is not your thing you can see it in it's original form.

So now the debate starts: Is it successful because it is "3D-ized 2D" film and the only way for hand-drawn animation to succeed in a big way at the box-office it to jump on the 3D bandwagon, or does common sense tell us that it is successful because a compelling, well told story with appealing characters and top knotch animation will always be a success whether it's done in hand-drawn , computer, or stop-motion ? (I say the latter is the rule , despite some notable exceptions that should have been hits, but were not , like The Iron Giant).

“Is this trip really necessary”?  No.   3-D adds nothing new to the greatness of Disney’s Lion King.

But anything that returns hand drawn animation to the big screen, and to the attention of the public, is a good thing.  [bold emphasis added by me -DN]


At various times during both screenings I kept thinking how fantastic a new drawn film, designed and shot for 3-D, would be. I hope the public, and the animation community, will one day have a chance to find out."


*UPDATE: Andreas Deja has posted even more of his Scar animation and some drawings on his blog: http://andreasdeja.blogspot.com/2011/09/more-scar.html

"The Little Boat" by Nelson Boles

Found via CartoonBrew (thanks Amid).

It’s become a cliche reaction now, but I still feel compelled to say that when I see work like this (and Nelson’s other student film: “This one time…” http://vimeo.com/4566083) I can’t understand why the major studios are not grabbing these artists and putting them to work on fresh, new hand-drawn films. This sensibility could truly reignite interest in hand-drawn animation.  Films like this, or Ian Worrel’s shorts (http://vimeo.com/user407933/videos), and the various Gobelins shorts, among many other examples which could be named, show that stylistically and thematically there is still so much new ground to be covered with both hand-drawn short films and features which are not merely re-treads of earlier Disney or Warner Bros. styles.