Cartoon Saloon studio in Ireland -- makers of The Secret of Kells -- is starting a new hand-drawn animated feature based on the book "Moon Man" by Tomi Ungerer . ( http://www.tomiungerer.com/work/books/moon-man/) . The film is a co-production with Le Pacte Film . 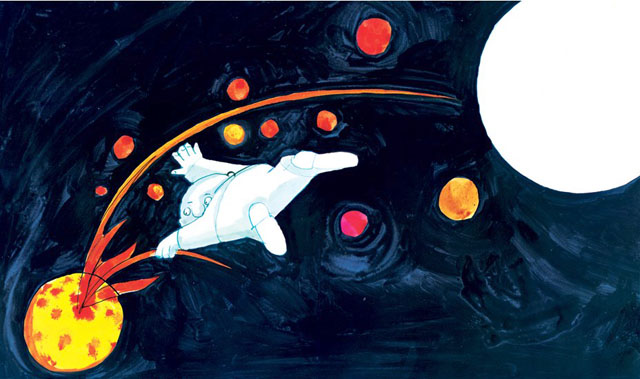 In March 2011 Cartoon Saloon started co-production on a new animated feature film version of ‘Moon Man’.   Based on the best selling book by Tomi Ungerer, the feature will be directed by Stephan Schesch. The group is also currently working on a pilot for Disney

Cartoon Saloon is also working on another new hand-drawn feature film "Song of the Sea" , directed by Tomm Moore (who directed "The Secret of Kells").

Who's developing animation for the iPhone/iPad/Android market ? Fascinating to think about these marvelous new outlets animation.

Article in the NY Times here: 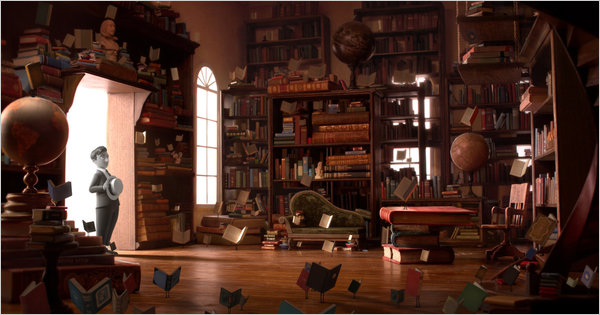 On the iPad version of the book "The Fantastic Flying Books of Morris Lessmore", pages are brief movie scenes that pause to reveal interactive elements.

The iPad version of "The Fantastic Flying Books of Morris Lessmore" has the content largely pulled from the animated short film of the same name by MoonBot Studios, which tells the story of a young man’s experience with a magical library. The app’s pages are brief movie scenes that pause to reveal interactive elements: books suddenly fly at the reader’s touch, for instance, and readers can play a piano or scribble in a blank book of their own.

Here is some very good news for students and fans of classical hand-drawn animation.   Esteemed Disney animator Andreas Deja has started a blog :

Andreas says he will be covering topics such as:

"Scans of rough animation drawings, thumbnail sketches and character designs, mostly the work of Disney's Nine Old Men. The majority of this art has never been published.

I will write short comments and explain, what makes a particular piece unique.

Since I was lucky enough to hang out with Frank and Ollie, Mark, Milt, Eric and Kimball for many years, I will also tell you anecdotes andstories that they told me.  Some of them are pretty hilarious ! These guys were all geniuses, but it's so interesting to discover their human side. Trials and errors, triumphs and failures, professional jealousy and even insecurities were all part of their lives.

Occasionally I will post the works of other artists who inspire me, such as Heinrich Kley, TS Sullivant, Wilhelm M Busch , and others.

You will also find some of my own stuff as well."

One of the treasures Andreas has shared from his collection:

And on the blog he's offering commentary which illuminates why scenes like these are so masterfully animated. If you're a serious student of animation then go there now , bookmark it , and visit often.

Here's a photo of Andreas when he started at Disney in 1980 , training under the great Eric Larson: 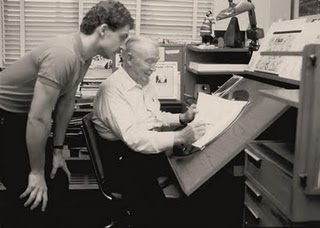 Go to Andreas's blog now to read some of his thoughts on Eric's animation , complete with rare animation drawings from his collection.
Posted by David at 1:27 PM 2 comments: