It seems there is a plethora of animation riches being published these days.

Another set of books to add to your MUST HAVE list is "Drawn to Life: 20 Golden Years of Disney Master Classes" Volume 1 and Volume 2 by Walt Stanchfield , edited by Don Hahn.

Go to Don Hahn's website to see a "trailer" for the book where Don speaks about the material contained in these two volumes:

These weekly handouts from Walt Stanchfield are something that those of us who worked at Disney in the 80's and 90's treasure. Now they are being shared with the whole world . (actually they've been "shared" quite a bit by being copied, scanned , and passed around from hand to hand or from website to website , but this is the first time that ALL of Walt's notes have been formally compiled into two handy volumes . 800 pages of material ! )

"I am so pleased to announce that for the first time ever, we have assembled all of Walt Stanchfield’s amazing handout notes and lectures into a two volume collection titled, DRAWN TO LIFE - 20 GOLDEN YEARS OF DISNEY MASTER CLASSES. Walt was an animator, trainer, mentor and coach for decades at Disney and helped breathe life into the new golden age of animation with his teachings. He influenced such talented artists as Tim Burton, Brad Bird, John Musker, Glen Keane, Andreas Deja and John Lasseter.

To me, DRAWN TO LIFE is one the strongest primers on animation ever written. The material spares no detail on the craft of animation, but also digs deep into the artistic roots of animation. It is a publication that has been anticipated for many years by every artist and student that Walt ever came in contact with. It has been a labor of love for me and I am so proud that Walt’s teachings will live on in these two volumes."

Pre-orders are being taken now. Official publishing date is March 27. 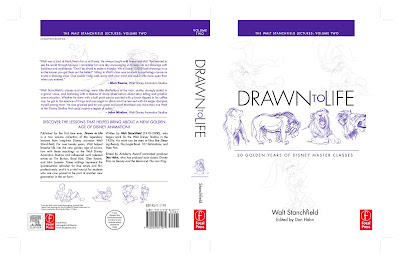 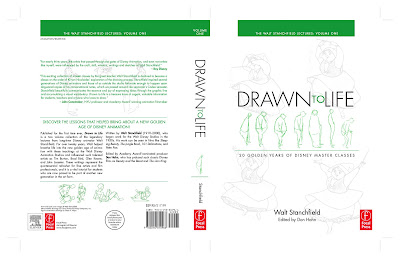