Pedro Daniel Garcia has kindly posted a reel of most of Fred Moore's animation of the Seven Dwarfs from Disney's "Snow White and the Seven Dwarfs".
Sometimes you will read things about Fred Moore that are written in a slightly condescending tone, like "oh, yeah, poor old Freddy, he was good for his time ... a little rough around the edges,  not sophisticated enough to "keep up" with the better animators at Disney "   etc. 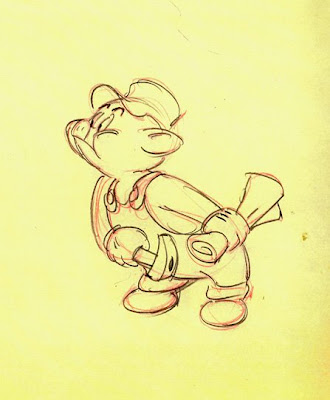 As though Moore's animation was kind of simple but charming work that doesn't really hold up compared to what came later .
But really now ... look at this reel of animation and tell me if you've seen much contemporary animation that comes anywhere close to the level of work that Fred Moore is doing here ? (this was done in 1936 folks , and is the stuff we're doing today better than this for the most part ? )  How much Disney animation of the later years resonates like this ?   I don't know ... maybe I'm just simple and unsophisticated, but I find that I respond on a gut level to these Fred Moore scenes a lot more than I do to some of the so-called "sophisticated" animation that came later. 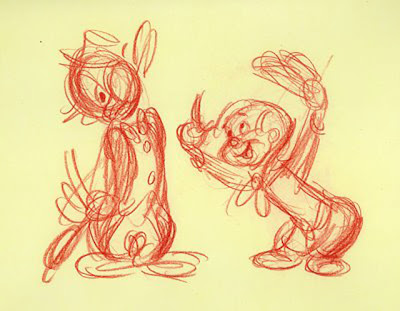